home on the strange - the cuts 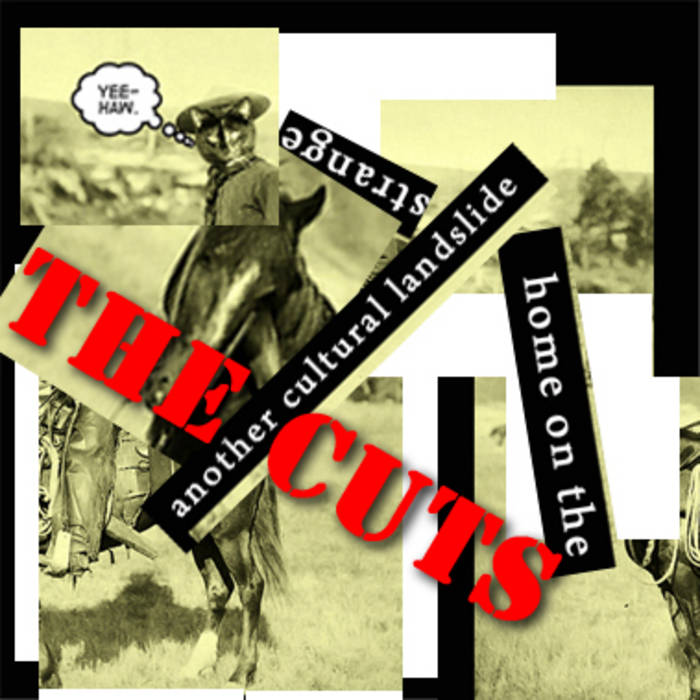 32 days to go before our first ever Audio Postcard disappears forever - but now you can listen to (or download) the 17 individual cuts without going through the complete album to find them! Yes: now you can sing along to "cheerios in beer!" Or "the hunybuny song!" Or Get Down to "bunny funk!" Or if you're feeling especially tribal, crank the volume & dance your ass off to the "eurorabbit rave mix" of brand new hobby! Why you'd want to do any of that, we don't know... but at least now you'll be able to. Get 'em while you can - ALL versions of "home on the strange" go away FOREVER on April 18!

(By the way - did we use enough exclamation marks in that paragraph? Yowza...)

Here's what we said when we posted the original version "home on the strange (complete)" ten days ago (yes, we could type something new, but we'd rather use that time on making more music - like the next REAL acl album "last days, last days", due in early summer):

This is the very first of our projected series of Audio Postcards: purposely limited releases that will only be available for 45 days, things we'll produce whenever we're feeling bogged down producing our next albums or EP's. Yeah, it's kinda unpredictable - but that's the way we like things.

Here's how it works: the first week of release, we'll put out a complete version of a Postcard (with no separated cuts); then the next week we'll put out a fully segmented version; and then, 30 days later... it'll just disappear. Forever. Poof. Just like that. If you like it, snag it during that period - because it's gonna disappear before you know it.

Yup. Purposely disposable music, just for the hell of it. You saw it here first.

But hey, they'll always be free... just like the rest of our music.

"home on the strange" is an example of what happens when both band members get really bad cases of bronchitis and can't do diddly (much less sing) - and then discover they have less than 3 days to do an album for the RPMChallenge: create an album of 10 tracks or 35 minutes in 28 days (or less).

And this sucker is one very strange "album," covering 17 tracks in 22 minutes, all spontaneously created over a total of 3.5 panic-filled days (2.5 of those at the end of February) when we realized we couldn't possibly do the album we originally had in mind due to both of us being sicker than dogs for most of February.

All but two of the tracks (cuts we had sketched out prior to The Bug That Ate Our Lungs) were done as we thought them up & then threw them down into digital bits. A lot of it is just sheer improv. (And no, we didn't have any good drugs - this is just the way our brains normally work. Scary, eh?)

As is, we hope it gives you a good giggle. Hard as it is to believe (especially with the way we were feeling), we had a lot of fun making it.

The fully segmented version will be out shortly.

Enjoy - and just be glad we're not your neighbors...

The amazing Kavin (of Kavin.s Acoustic Church, and Breaking Light - check them both out on alonetone.com!) performed the absolutely wonderful bizarro slide guitar left-channel lead on "cheerios in beer"... thus sparing the world from more than 20 seconds of kirk soloing; and even better, allowed us to really eff up... err, umm, "acl-lize" his solo as well. A very gracious fellow... to whom we are truly grateful.

Otherwise, it's all just kirk & wendy (as usual) making a variety of noises resembling music that will hopefully put a smile on your face.

(Oh, and MzKitty on here, too. Yup. She makes her first, umm, vocal appearance here as well.)

Thank you for listening - and, of course: