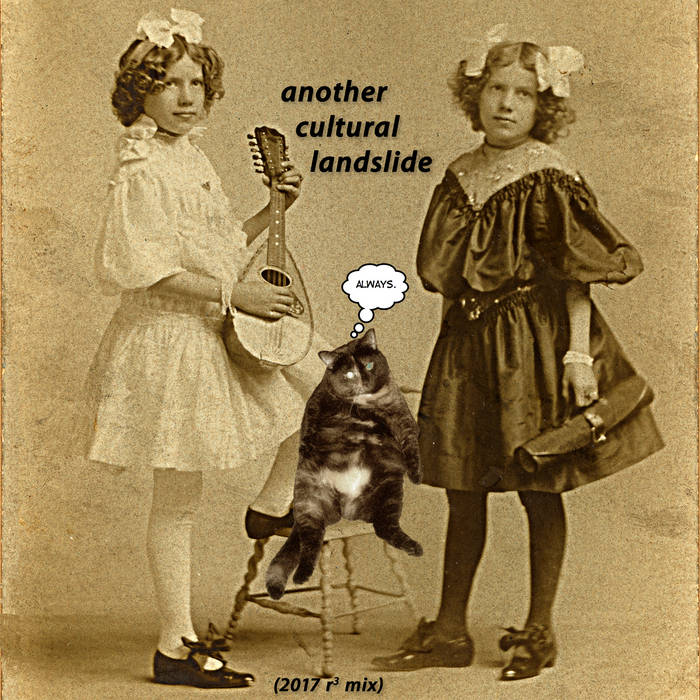 First off, OUR MUSIC IS STILL FREE - but lots of nice people keep asking us to make some sort of support option available to them… so, for once, we’ll try out “name your price" here.

Okay: this song carries a special meaning for us.

To be honest, “always” is pretty atypical of what we do: it's quiet, spare, no weird instrumentation… and it’s the closest thing to a "love song" than we'll ever record again.

It's one of our oldest songs - our files show us working on it as early as November 2003...

... and it's also the very last thing we were working on when Wendy suddenly lost control over her voice in late 2004, just before we moved to Mexico Beach.

Within a couple of months, she could barely swallow.

Six months later - after the first of two throat operations - we were told point-blank that she would never sing again.

And 4 years later, “always” was also the very first thing Wendy sang just to prove to herself that she WOULD sing again. (In fact, the vocal take used in this version _is _ that take.)

In essence, this song changed everything about our musical direction - but to us, it was about something much bigger:

To us, it’s about Permanence. And Perseverance.

Whenever we hear it, it tells us to Never Give Up.


So three weeks ago, out of the blue, in the midst of the intensifying maelstrom that’s been our life of late, we received a request for a high-quality (read AIF/WAV) version of “always” that could be used within a soundtrack.

We checked out that rushed 2009 mix - and even though we're still manically fighting the total clusterfuck that has forced our current 3-year hiatus (more surgery while needing to move - again), we immediately just dropped everything to go back & do this song justice: to finally "do it right."

We realized we_needed_ to do this - not just for a soundtrack, or to make it sound better, but to remember who we are and what we believe in.

We see so many people lately - so many of our friends - suffering through horrible personal battles while The Disaster Named 2017 continues to shit on us all.

And as wave after wave of horseshit falls on top of us all, it’s so damned tempting to just give up, just give in, just let these waves of hopelessness wash over us…

Because those good things about being human - being _humane_ - are still worth fighting for.


14 years after we first started on working on it, 12 years since Wendy was told she’d never sing again, 8 years since she proved everybody wrong & we released it - and after all of the many, many other battles we’ve dealt with just to survive & get to this moment…

We think we finally got it right.


Consider this song as our small token of resistance.

I'll be whole
through you

i'll come home
to you

as usual, this work is licensed under a Creative Commons Attribution 4.0 International License (CC-BY-4.0) by another cultural landslide 2017 blah blah woof woof god bless our overly litigious society please feel free to share this music with anybody & everybody

and finally, here's the geeky stuff for acl geeks & completists:

per our Remix/Remaster/Redo plan ("r3") in re our older material, this r3 version sits somewhere in the middle of that spectrum: we kept wendy's original 2009 vocal, but cleaned up the artifacts plopped into the track by the only mike we had available at the time (a $99-used-ebay-special); we then replaced the original piano track, opting to stay true to the original yet reducing it to more of a skeleton; and finally, the horn arrangement was completely reworked & reduced down to a solo french horn, a french horn backing section - and a tuba. (Hey, we’re another cultural landslide: if we can’t have duck-calls or annoying rabbits within this song, allow us one freakin’ tuba, dammit.)

our goal was to make this version not only cleaner & clearer - but much more intimate as well.

we hope you enjoy it

and as always, thank you for listening